Department of Curriculum and Instruction 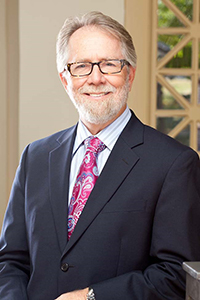 Tom Smith served as dean from July 2009 to June 2016. He returned to the faculty of the special education program and led the development of EMPOWER, a non-degree, four-year college experience program for students with intellectual disabilities.

He described his greatest accomplishment as helping to continue the change in culture that was begun by then-Dean Reed Greenwood from a traditional college that prepared professionals to one that places research at a higher level. This led to better national rankings that helped change the reputation of the college, on campus, in the state and nationally.

The way we made progress in this area was to recruit some excellent young faculty. They are the ones, working with our more senior faculty, who helped make the change, Smith said.

He also mentioned being dean when the college received the largest research grant ever, $35.7 million to establish Arkansas PROMISE. The program is a federally funded research project assisting teenagers who receive Social Security disability benefits. Again, it was our faculty and staff who made this happen, Smith said.

As state financial support continued to decline, every college and all faculty and staff were asked to do more, he said, one of the greatest challenges during his tenure.

We had to improvise ways to increase our revenue outside traditional funding, Smith said. The facultys willingness to engage in web-based programs was very important.

His fondest memory of serving as dean was commencement, the best day of every year, seeing students graduate and seeing their family and friends celebrate and knowing that our college was important in those successes. 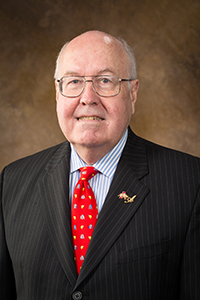 Reed Greenwood served as dean from July 2001 to June 2009. He then joined the faculty of the Department of Education Reform before he retired from the university in 2014.

He described increases in student enrollment supported in part by new scholarships as one of the greatest accomplishments during his tenure. Another was the addition of new faculty supported by new program funding and new endowed professorships and chairs.

At the same time, securing program funding and support for new and retained faculty and to add needed student scholarships proved to be one of the biggest challenges Greenwood experienced as dean.

One of this fondest memories was seeing students graduate, and he also enjoyed seeing faculty and staff members succeed in their jobs and goals.

"They are both exceptional professionals who guided their respective areas to high levels of achievement," he said. 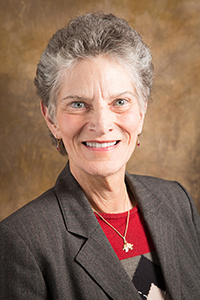 Sharon Hunt served as dean in the 2000-01 academic year. She now teaches on the kinesiology program faculty and recently completed seven years of service as the university’s faculty athletics representative to the Southeastern Conference. She is serving a second three-year term on the Arkansas Alumni Association’s National Board of Directors.

Her greatest accomplishment during her time as dean was to meet the college’s fundraising goal set in the silent phase of the capital campaign called the Campaign for the Twenty-First Century. The college’s development officer had recently resigned.

The greatest challenge was organizing personnel and moving forward after the resignation of two associate deans, Hunt said.

"Also, there were insufficient resources to do for faculty and staff what you’d like to do for them," she said.

Hunt recalled her fondest memory as attending the American Association of Colleges of Teacher Education convention in New Orleans when the college received an award as the outstanding teacher education program, beating Texas A&M.

"I was able to speak about the program, noting its particular strengths, which hopefully helped our college win the national award," she said.

She felt blessed to have the complete support of faculty and staff in the college and the university.

"I always felt supported by the entire faculty and staff of the College of Education and Health Professions," Hunt said. "Everyone was absolutely wonderful to me. The other deans who served with me on the council of deans were incredibly helpful to me." 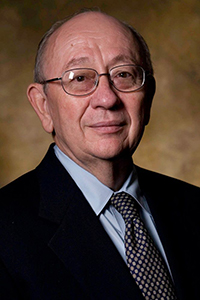 Charles Stegman served as dean in the years 1995 to 2000. Stegman continues to teach in the college as a professor of educational statistics and research methods.

According to Chris Lucas’ history of the college, Stegman’s arrival promised renewed emphasis on research and scholarly productivity, regional and national outreach, and a broad gamut of service involvement by the college. He highlighted the close reciprocal relationship between theory and professional practice.

During his tenure in the office, the college graduated its first class of undergraduates from the baccalaureate nursing program. The year following, with a $1 million endowment, the Eleanor Mann School of Nursing was dedicated.

The new name of the college became effective while Stegman was dean, and the college also graduated its first students from the five-year Master of Arts in Teaching program. Both were in 1997. 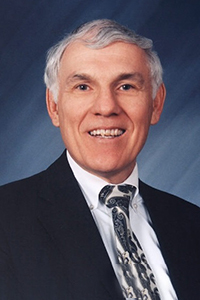 Mel Fratzke served as dean from July 1994 through October 1995, a 15-month period that was packed with action. He is retired now.

"It was a major year because we went through national teacher accreditation," Fratzke said about the successful review by the National Council for Accreditation of Teacher Education. "It was a big deal and required a lot of preparation. We got a good report."

The second accomplishment during that time was the further implementation of the Master of Arts in Teaching program, working out the details of how it would operate in local schools. Thirdly, Fratzke recalled all the committee work and planning that went into changing the name of the college, which was official in 1997.

His greatest challenge was not having enough time to do all the things he needed to do.

He remembers fondly that changing the name of the college was particularly significant for the faculty in nursing and other health-related programs.

Annette Digby and Mike Wavering were instrumental in implementing the MAT in schools, Fratzke recalled, and Margaret Sullivan, chair of nursing at the time, had a very calming influence on that program at a time when it first received National League for Nursing accreditation. 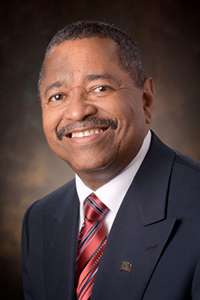 Rod McDavis served as dean from July 1989 to June 1994 and was the first African-American dean in the history of the university. He went on to become president of Ohio University and is now managing principal of AGB Search in Washington.

His greatest accomplishment as dean was overseeing the development and implementation of the Master of Arts in Teaching program and helping to create the Arkansas Leadership Academy.

His greatest challenges were developing a unified strategic plan for the college, raising enough private money to provide funds for scholarships and support for academic programs and increasing research funding.

McDavis said he enjoyed working with the wonderful students and great faculty and staff who were in the college.

"There were many faculty and staff members who were very influential during his time as dean", McDavis said.

"Sandra Bowman, Mel Fratzke, Naccaman Williams, Sam Totten, Don Pedersen and Sharon Hunt were a few of the people who had a significant impact on me while I served as dean", he said.

Information about other deans is available in the 72-page volume Yesterday and Today, published in 1998 by the late Professor of Education Christopher Lucas, held in University Libraries.