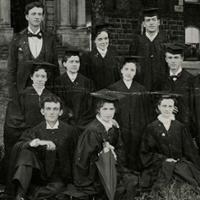 Teacher Education — Students in then was called the Normal Department made up nearly 40 percent of the university’s enrollment during its first six years. 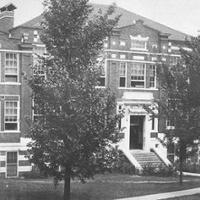 Peabody Hall — The building in the 1940s looks remarkably similar to the building today. The restoration project in 2011 removed layers of white paint, some of which had been on the building for more than 60 years. 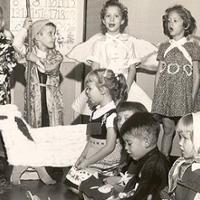 Training School — Children attending the elementary school in Peabody Hall dress in international costumes for a school event in 1960. 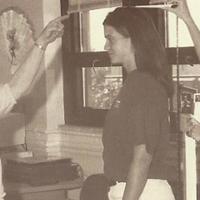 Teacher education has been integral to the University of Arkansas since its founding in 1871. It began in what was called the Normal Department, a phrase included in the legislation creating the university. The term “normal” was used commonly in the 19th century to refer to the imparting of norms of exemplary teaching, and so to pedagogical training or to an institution devoted to teacher preparation.

This was according to a history called Yesterday and Today that Christopher Lucas, a professor of higher education, wrote about the College of Education and Health Professions at the U of A.

“The normal feature of the university will be the first to bear fruit,” predicted Trustee Albert W. Bishop in the 1872 commencement address. “With experienced teachers secured, the material to work upon here, and the necessary appliances for instruction obtained, the friends of this institution are very much encouraged by what they see has already been accomplished.”

He believed the state’s emerging public school system had begun to create a “new order of things in society” and the urgent need now was for an armory in which to forge classroom teachers, Lucas wrote.

The college celebrated several anniversaries in 2017. Twenty years earlier, the name was changed from College of Education to better reflect the diversity of programs offered. It was also the 20th year since the Master of Arts in Teaching graduated its first students and the Eleanor Mann School of Nursing was dedicated. The nursing school had been added to the college as a department 10 years earlier, in 1987.

Going 100 years back, in 1917, the U of A Board of Trustees approved a request by faculty to create a college of education from what was then a school of education.

Another important part of the college’s history was the training school operated in Peabody Hall that offered both an education to children of the area and an opportunity for practice teaching for the college’s education students. J. William Fulbright was the most famous student enrolled in the training school. He went on to become president of the university and a U.S. senator who established the Fulbright international exchange program. Fulbright attended school in Peabody Hall from kindergarten through 12th grade.

Originally constructed in 1913, Peabody Hall was restored and dedicated in 2011, earning it an award from the Historic Preservation Alliance of Arkansas. Lucas wrote a separate history of the training school, Demonstrating Good Practices: A Brief Historical Profile of the University Training School and its Predecessors.

Degrees in the health-related fields were added to the college over the years. In the 1940s, the college was reorganized into three divisions: Vocational Teacher Education; Health, Physical Education and Recreation; and General Education. A master’s degree in physical education was introduced in 1948.

Other highlights in the history of the College of Education and Health Professions: